Tired of being in the stone age?

More than 7 years ago, when I started working in the field of Finance & Accounting, my first impression of what an ERP system is, was “WOW, this feels really old – it feels like a system from the Stone Age! Today, ERP systems still look the same. True, medium and large-sized companies don’t have the luxury of jumping from one ERP system to another every time a small-sized company rethinks and improves a system. The complexity of large companies makes it a cumbersome and costly affair to be a first mover, and it’s easy to apply the mantra: “If it’s not broken, don’t fix it”. Switching systems is a complex process, which you don’t want to initiate unless it’s absolutely necessary, and the result is that you still see the same old login screen and user interface as you did when you were first introduced to “The Finance System” in the early 90’s, almost 30 years ago. Maybe with some small graphic enhancements. But when you look at the core accounting and finance software, it’s pretty much the same. The old systems are simply just not nice to work with, they’re like an old tractor; it does the job, it’s reliable, but you wouldn’t use it for precision or speed, it’s simply too slow. But still, these ERP systems are the foundation of all numbers and analysis in a company.

However, the foundation is reaching its limit. Internet of Things requires more power, faster response and easier usability. Users want to feel as if they’re working in the future rather than be waiting for a batch job to run in the middle of the night in order to have some useful data the next day, for which they need to look through several different information screens to extract the data – or have a developer build a rigor report which is only suitable for the current question. This contradicts the need to go away from reporting and move into dynamic analysis. The current systems and solutions have been created to solve an issue, with the issue in mind, but with little consideration of the fact that someone needs to use the solutions.

When you leave the corporate systems, you enter the world of Consumer Grade User Interface, which has been the focus of the last couple of years. You enter a world, where life is made simpler and easier by removing boring, administrative work and focusing on what really matters. Time is precious. Most importantly, you get the feeling that “This is simply so good that I want to spend my own money to have this”. There is still a huge gap between how you do your finances in the corporate sector and how you do them at home. In your private life, you can basically do it all on your phone. In Denmark, you receive all government issued messages and letters on a secure app, every transaction or payment can be done though a bank app which even categorizes your spendings depending on how and where you’ve used your credit card or mobile payment app.

Many smaller ERP systems and solutions have already been developed with the customer and end-users in mind, but these systems are simply not complex enough to handle the need of large international corporations. Large providers of ERP systems have focused on the backend and simply forgotten the actual users of these systems. An example of this is SAP. For many years, it has been this massive system that runs complex businesses, but several years ago, it was starting to fall behind with the standard functionality. Let’s face it, unless you’ve been working with SAP for decades and fell in love with its own way of doing things and you know every transaction by heart, it’s just not sexy! This is something SAP both know and have acknowledged, so they started working on “the next big thing”. Hasso Plattner, co-founder of SAP, said: “If this doesn’t work, we’re dead. Flat-out dead. It’s that simple”. He knows that change is now. If you want to compete in a high-paced world where you always need to be on the move and one step ahead of your competitors.

Stepping out of the corporate Stone Age with SAP S/4HANA

SAP HANA and the new financial system SAP S/4HANA has introduced a system that will majorly change how you run your business. This is a great opportunity for medium and large-sized companies to step out of the Stone Age and into the future, and to grasp this opportunity to make the necessary changes and remove the shackles of an old system to be able to compete with the first movers.

To sum it all up, regardless of what ERP solution you are using or want to use, you first need to ask yourself this: Are you ready to step out of the corporate Stone Age and does your core finance system support your business needs in the future? Do you actually have a system users are happy with, so happy that they would even pay for it themselves if they needed it at home? There are a lot more questions you need to be asking yourself as upgrading your core administration is not an easy process but it’s a necessary task to be able to compete in the market. 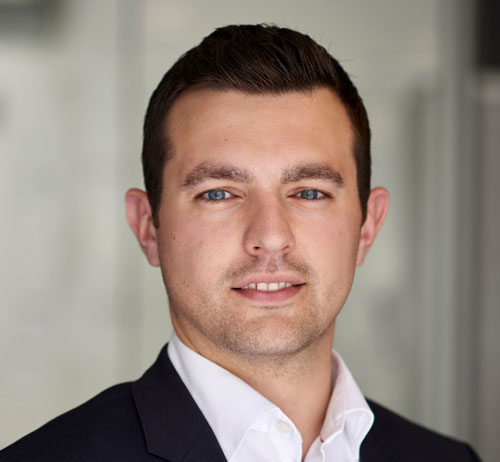 is a consultant with a strong economic background specialized in Accounting, Business Performance Management, and SAP S/4.