How is automation improving your life?

As many of you know by now, one of the big words in today’s industries is automation and optimization. Optimization is a given, basically how to make something the most effective possible in the processes undergone. But what is automation? How is this done, and how does it improve the lives of everyday common people?

Well, to begin with, we can define what automation actually is; Automation is when there is a set environment and variables, and a certain task has to be executed based upon these factors. When this task is done automatically, this can be called automation.

So how is automation used in people’s everyday life? Well, to many people’s surprise, the answer is that automation is already everywhere around us! It might not be advanced automation, that requires complex calculations and systems with sensors and actuator controllers, but it is still automation. Examples of every day automation that most people experience on a daily basis; Washing machine, dishwasher, refrigerators, bus doors, Air Condition systems in a car, turning on a complete home theater system with the push of just one button, etc. And these are just a few examples from the top of my head. If something can be done without human interaction, by just giving some sort of “start signal” (e.g. pushing a button), this can be considered automation.

What these things all have in common, is that the very same things can be done/adjusted manually, or with manual labor. But today, in the Western modern world, how many of us actually do these tasks manually (OK, not everybody has a dish washer!)? This is in fact automation.

Now how is automation developing today? Due to the advances in technology, the increase in computer and calculation power, better sensors and more types of sensors, it is possible to allow computers and machines control and do many more tasks than previously. Did you know, that almost all commercial passenger airplanes, are flown by a computer pretty much straight after takeoff? The pilots are there merely as “supervising passengers”, making sure nothing is going wrong with the computer. Not all, but many landings today, are either computer assisted or completely done by a computer. Noticed how in recent years, planes seem to be coming down faster, and you don’t experience this “roller coaster” feeling in a sudden drop? This is because computers are controlling the decent, and optimize the path and use advanced algorithms to calculate the descent path. The old style “gliding” down to the run way is almost not used any more, since it is more precise, faster, and more resource friendly to let the computer do the descent. The pilots pretty much only take over the controls moments before landing (if not after the landing, if the landing is completely automated by the computer). This of course only applies to big commercial airplanes that can have the computer systems onboard. Small private hobby airplanes still use the old systems and the “human touch”.

Other ways automation is developing and helping today, is in cars and GPS systems that warn about heavy traffic, closed roads, energy calculations, and more. In social media automation is used to track data, analyze and display the information estimated to be wanted (e.g. commercials), and in houses the terms “Smart House” is on the rise. A “Smart House” is a house that you can control from a seemingly central point (e.g. a tablet or cellphone), where you can make a schedule for your heating cycles, lighting cycles and alarm systems. You can use sensors that will activate a certain action in the house when the sensor is triggered. The possibilities are many, and they keep on growing as more and more companies utilize these technologies and develop for this purpose.

The last example I will come with, is a pretty obvious one that I have saved for last. The automated car (or the self-driving car). This is some of the most advanced automation that exists today, that uses cameras, laser sensors, distance sensors and a whole array of other sensors, interfaces this to a computer that does all the necessary calculations, discovers obstacles and potential paths to drive, and then forwards these to the “brain” that translates this into “driving directions”. Once an optimal path is chosen, the driving directions are sent to the controllers, that control each individual actuator (steering wheel, brake pedal, speed pedal, gear shift, clutch, etc.). The future vision is, as most know, that the human driver one day will become obsolete, and the streets and traffic will be much safer and better, many hope and believe. The question remains unanswered though, when the belief of this is challenged. Will this automation actually benefit human kind, and this also leaves the question; Is all automation good for humanity?

The answer to this I believe is two folded. Yes, automation is good for humanity in most aspects, and it makes our lives easier and will help us have more time for other priorities. However, automation can also make humanity lazy, since we are so used to everything just working automatically, and doing all the choirs and decisions for us. What happens the day a machine malfunctions, and a human has to make an unknown decision? If everything is usually automated, how will this human react? And this question, can also be “reflected” back to automation. What would automation do, in a situation where a human doesn’t know what to do either? And this last question, is why there is doubt whether or not, automation of cars is a good idea. What about the much discussed situation; A car is on a collision course with a group of people on the side walk. The car can do a maneuver that will save the people on the side walk, but kill the passengers. If the amount of people in each “side” is the same, how will the car make a decision on whom to let live, and whom to kill? 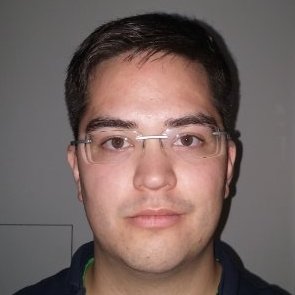 applications blue collar enterprise mobility event Fiori SAP Hana SAP Hybris SAP Innovation Forum sensoring train
Share This
This website uses cookies to improve your experience. We'll assume you're ok with this, but you can opt-out if you wish.OkRead more